How to find Area  of Bounded Regions

Area of bounded regions can be categorized in following three types.

Lets discuss them one by one.

This area lie between curve and x axis and is bounded by two vertical lines x=a and x=b which  form the limits of integration later. 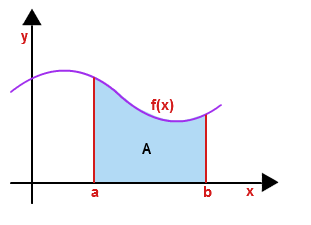 In this case formula to find area of  bounded region is given as,

Solution: Given function clearly  represents a parabola opening downward. We slice this region into vertical strips. To find intersecting points of this curve with x axis, we set  function =0 and solve for x.

We got the intersecting points as x =0,2. That means approximating  rectangle of width dx(in black) will move from x=0 to x=2. 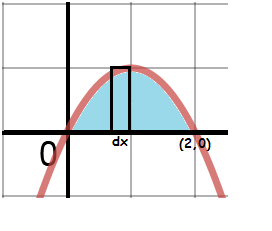 Note: Separate calculations has to be carried out for areas under the curve which are above x axis and  which are below x axis because  area under the x axis has  a negative value. Total area is always  the sum of absolute values of all these areas.

Lets work on an example to understand this method.

Solution: This is same curve as used in above example ,but with extended limits. It is better to draw and  understand  the sketch first. 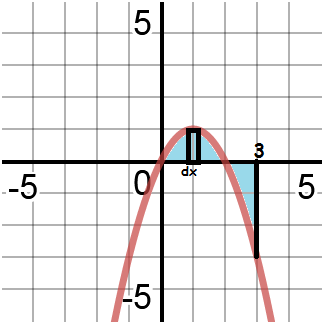 Here approximating rectangle with width dx moves from x=0 to x=2  above x axis and then move from x=2 to x=3  below x axis. So we calculate those areas above  and below x axis separately and finally add their absolute values.

This area lie between curve and y axis bounded by two horizontal lines y=c and y=d which forms the limits of integration later. In this case approximating rectangle will have width as dy and move from y=c to y=d. 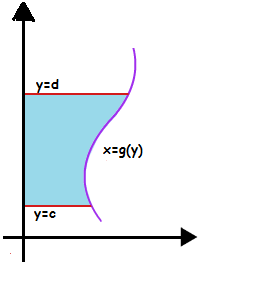 In this case formula to find area is given as..

Solution: Since it is easier to integrate  tan(y) instead of  arctanx so we  assume horizontal  approximate rectangle of width dy which move from y=0 to y= pi/4 and integrate the function with respect to y. Here a sketch will help you to understand it better. 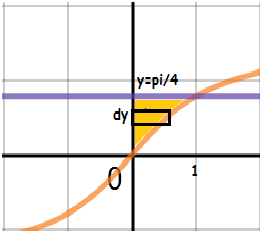 Here the approximating rectangle (in black) with width dy will move in shaded (bounded) region from y=0 to y=pi/4 so area is given as,

Example4: Find area of the region bounded by  curve y^2 =2y-x and the y axis.

Completing square we get,

In the sketch shown above , approximating rectangle of width dy, is horizontal and  move from y=0 to y=2 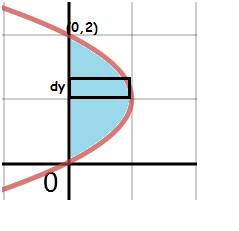 There can be two different  possible cases. 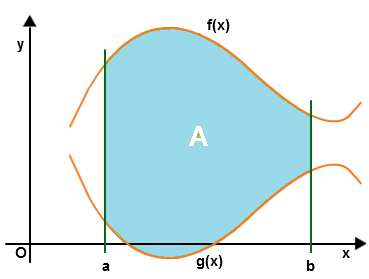 Then the formula for area is given as…

In this case approximating horizontal rectangle of width dy move from y=c to y=d. 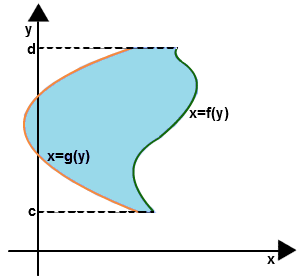 And the  formula for area is given as.

Lets  work on some examples  to understand it better.

Solution:  y=x^2  is a parabola opening up and x=y^2  is also a parabola  opening right. Area between the curves would be sliced into vertical  strips .Lets look at its sketch. 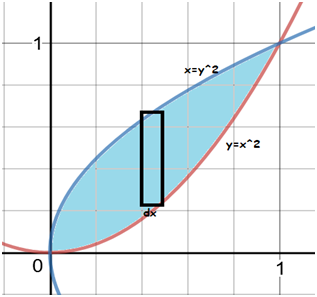 To find intersecting points of these curves , we  use substitution and  solve for x. We substitute y with x^2.

So the approximating  vertical rectangle of width dx will move from x=0 to x=1 and area is given as,

Solution: lets first sketch the region  and find intersecting points. For that we  set both equation equal and solve for x. 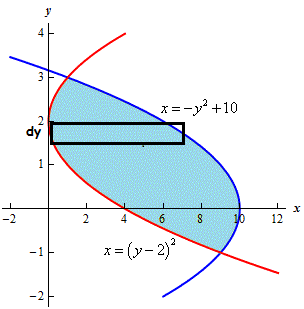 That means approximating horizontal  rectangle of width dy will move  from y=-1 to y=3. Since  curves are  functions of y so we use formula,