How to Graph Polar equations.

Polar curves are just the special cases of parametric curves. Polar curves are graphed in the (x,y) plane, despite the fact that they are given in terms of r and θ. That is why the polar graph of r =4cosθ  is a circle.

In polar mode, points are determined by a directed distance from the pole that changes as the angle sweeps around the pole.

There exist three types of symmetry in polar equations. 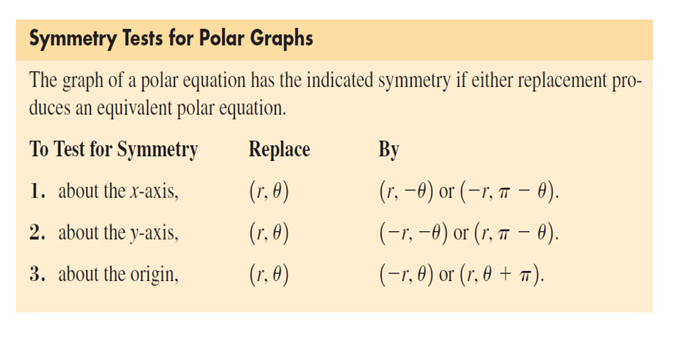 Example1. Use the symmetry tests to prove that the graph of r=4sin(3θ ) is symmetric about the y-axis.

After replacement we get same equation as original so this polar equation has symmetry about y axis.

The ratio of (a/b) will determine the exact shape of the limacon as explained in this table.

The graphs of limaçons with cosine would have similar shapes but along the horizontal axis.

then limacon is called cardioid.

If n is an even integer, then the rose will have 2n petals as shown in following examples. 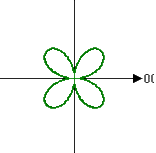 If n is an odd integer then rose will have n petals as shown in following examples. 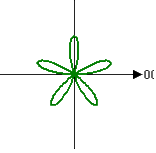 lemniscates has the shape of a figure-8 or a propeller. General polar equation of lemniscates  is given as, 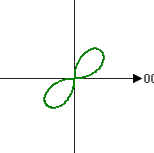 Example2. Graph the polar equation r = 4cosθ .Use the knowledge of symmetric tests to complete the graph manually.

Step1.First we construct a table of r,θ  values. We assume random values of   but  we prefer to use standard angles. It is useful to first find those values of θ which makes values of r as maximum, minimum  and 0.

Step2.Since cosθ is even function so we check asymmetry about x axis by replacing  θ  with –θ .

That shows  this polar equation will be symmetric about x axis. So we just get the table for values of θ  up to π . After that values of r will repeat themselves. 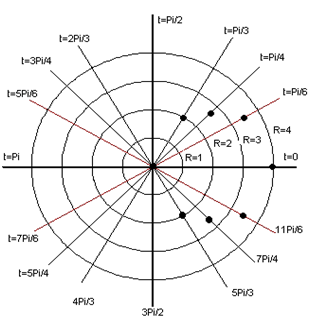 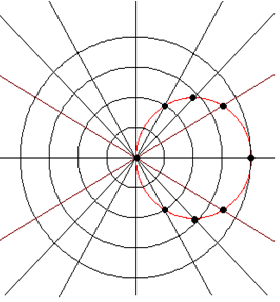 Step1.recognizing the equation. The polar equation is in the form of a rose curve, r = a cos nθ. Since n is an even integer, the rose will have 2n petals.

Step 3.Now we evaluate r at different values of .

These points will provide us with enough points to complete the rest of the graph  using the symmetry of the rose curve and we get the graph as below. 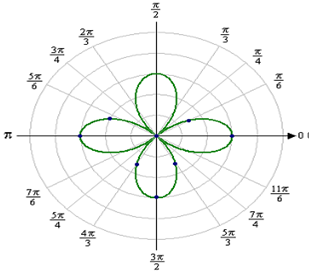 Find the ratio of  a/b  to determine the equation’s general shape.

Since the ratio is less than 1, it will have both an inner and outer loop. The loops will  be along the polar axis since the function is cosine and  to the left since the sign between a and b is minus.

Using above points and symmetry  we get the following graph. 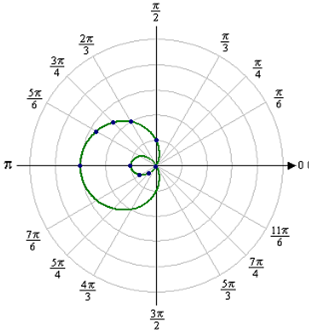