A sequence of non zero numbers is called a geometric sequence if the ratio of a term and the term preceding to it, is always a constant. This constant is called the common ratio denoted by ‘r ’. let

denotes the nth term of geometric sequence then,

Solution : we check the common ratio(r) of consecutive terms.

Since r is not same  so this is NOT a geometric sequence.

( eliminating a from numerator and denominator)

So  the general rule is given as,

[multiply both sides with ½  ]

[When bases are same, exponents  get equated]

5.Example: One term of a geometric sequence is

Solution: First we need to find value of a.

So nth term rule is given as,

is an exponential  expression with r= 2

So this is an increasing  curve  as shown. This is true for any geometric sequence with r >1 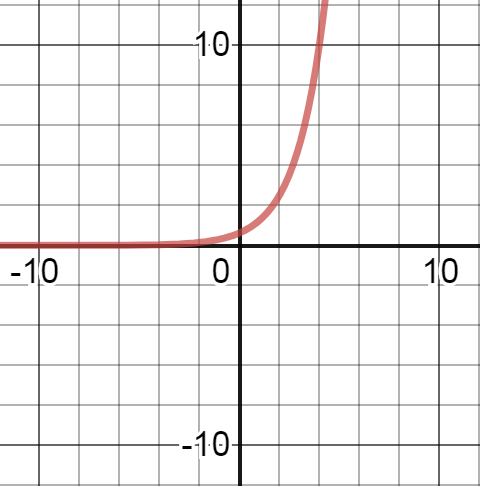 6.Example: First term of a geometric sequence is 1. The sum of  3rd and 5th  terms is 90. Find all possible values of r.

Then we have the quadratic equation as,

is not possible  to solve for real values  but

Solution: Let the four numbers be

Dividing equation (ii) by (i) we get,

Substitute r=-2 into equation (i),

Nth term from the end of G.P.

Sometimes it is required to select a finite number of terms in G.P. it is always convenient if we select the terms in following manner.

Solution: Let the three terms are  a/r, a, ar

Solving these two factors we get two values of r.

10.Example: The sum of three numbers in G.P. is 56.If we subtract 1,7,21 from these numbers in that order, we obtain an arithmetic  sequence. Find the numbers.

Solution: let the three numbers are   a , ar and

form an arithmetic sequence. Therefore their common difference will be same.

Given that sum of three numbers = 56

from equation(ii) into equation (i)  We get,

Write a rule for the average monthly cellular telephone bill (in dollars) in terms of the year. Let n = 1 represent 1990.

What was the average monthly cellular telephone bill in 1993?

When did the average monthly cellular telephone bill fall to $50?

So the rule for average monthly bill is given as,

c) We have to find n such that

[Taking ln of both sides]

Rounding to nearest integer we get n=6